On January 23, a report from Korean media TheElec stated that LG New Energy has recently begun preparing to build a pilot production line for Tesla's 4680 battery, and is currently revamping some production lines at its Ochang factory. Assembly and electroplating equipment has been installed.

On January 23, a report from Korean media TheElec stated that LG New Energy has recently begun preparing to build a pilot production line for Tesla's 4680 battery, and is currently revamping some production lines at its Ochang factory. Assembly and electroplating equipment has been installed.

Summary:Lithium metal batteries have higher charge density than conventional lithium ion batteries but are prone to problems of tree-like metal dendrites, which can cause short circuits or explosions. A new article shows that flowing ions near the cathode can prevent this problem.

A new paper from associate professor Jiandi Wan's group in the UC Davis Department of Chemical Engineering, published in Science Advances, proposes a potential solution to dendrite growth in rechargeable lithium metal batteries. In the paper, Wan's team prove that flowing ions near the cathode can potentially expand the safety and lifespans of these next-generation rechargeable batteries.

Lithium metal batteries use lithium metal as the anode. These batteries have a high charge density and potentially double the energy of conventional lithium ion batteries, but safety is a big concern. When they charge, some ions are reduced to lithium metal at the cathode surface and form irregular, tree-like microstructures known as dendrites, which can eventually cause a short circuit or even an explosion.

The theory is that dendrite growth is caused by the competition of mass transfer and reduction rate of lithium ions near the cathode surface. When the reduction rate of ions is much faster than the mass transfer, it creates an electroneutral gap called the space-charged layer near the cathode that contains no ions. The instability of this layer is thought to cause dendrite growth, so reducing or eliminating it might reduce dendrite growth and therefore extend the life of a battery. 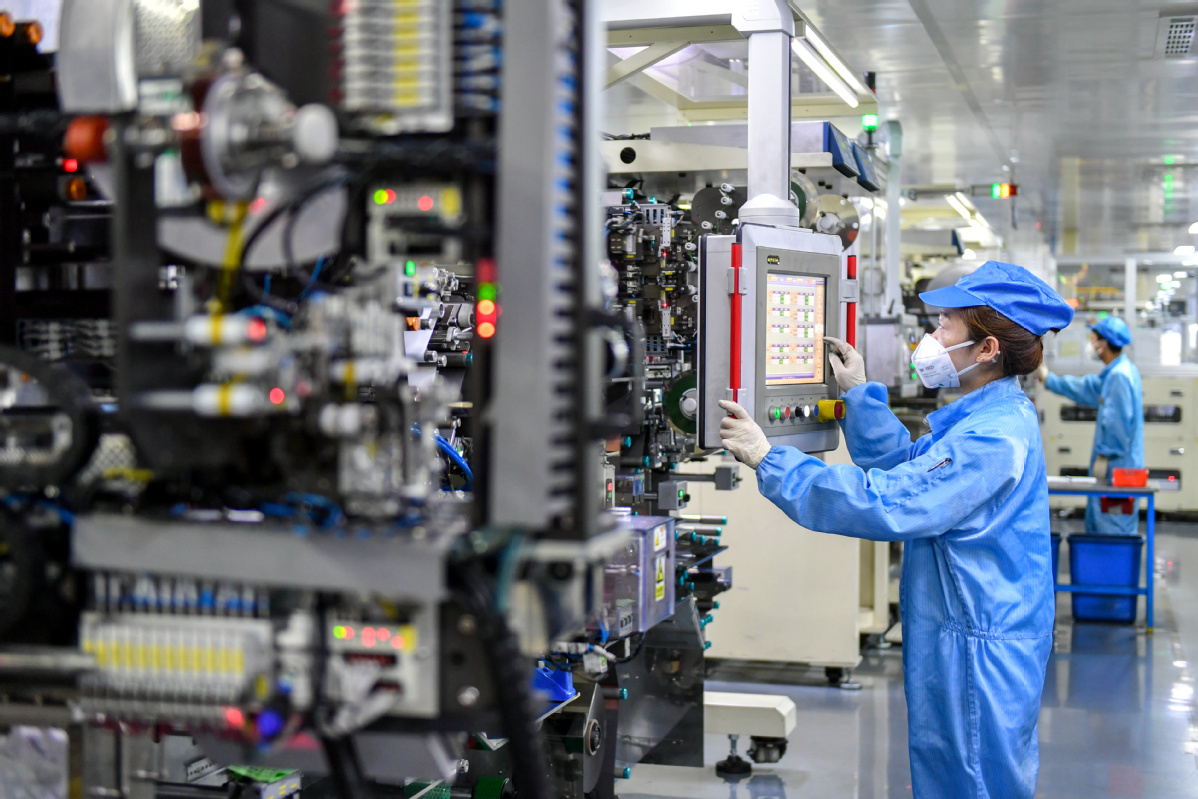 Tsinghua University in Beijing predicted that to achieve net zero carbon emissions－or carbon neutrality－by 2060, about 138 trillion yuan ($21.36 trillion) will be invested. This would mean funds equal to over 2.5 percent of the country's annual GDP should be invested into this area per year.

Global investors said the goal is very ambitious when top Chinese leadership announced in September an objective to reach a peak in carbon dioxide emissions before 2030 and achieve net zero carbon emissions 30 years later. And they expect the 14th Five-Year Plan period (2021-25) will be crucial for China's climate efforts.

Based on that, Goldman Sachs developed an annual decarbonization investment profile, which projected an acceleration of investments to peak in 2040, driven largely by the initial infrastructure expansion required for power networks, charging infrastructure and heating pipeline infrastructure. The investment will accelerate the penetration of electrification and clean fuel substitution in transportation, heating and general industry, it said.

Chinese financial regulators saw this ambitious goal as a milestone that may require a fundamental transformation of entire social and economic systems, with the financial system playing a crucial role.

Yi Gang, governor of the People's Bank of China, the central bank, previously talked about the major tasks of 2021, and highlighted the need to facilitate financial support for green development following the government's net zero carbon pledge.

He called for financial institutions and other enterprises to disclose information on carbon emissions to the public. For programs with low carbon emissions, they can apply for loans at relatively lower interest rates.

Michele Della Vigna, an economist with Goldman Sachs International, said: "To achieve this goal, it will require China to embark on an ambitious multi-decade effort to transform its economy and energy ecosystems. Net zero would have to serve as a guiding principle for policymaking that is comprehensively embedded into structural reforms, investment policies and innovation priorities."

Some policies made by central financial regulators and some local government measures such as discount and guarantee mechanisms for green development projects have encouraged investment of social capital, said Ma Jun, a member of the monetary policy committee of the PBOC and head of the Center for Finance and Development of Tsinghua University.

Samsung SDI explained that the rights offering is intended to shore up funds for expansion, including the construction of the second battery factory in Hungary. The company added that the debt guarantee has investment purposes.

Samsung SDI has battery cell factories in South Korea, China and Hungary. Though the company has never disclosed its official annual production capacity, it is estimated at 30 gigawatt-hours, as of last year.